You’ve almost certainly smoked it, but you may not know much about it. We’re here to clarify a few things about cannabis resin. There are two types of cannabis resin: The first, live resin, is the stuff we’d like to talk about. The good stuff. The second, typical resin, the stuff you’re more likely to have heard of before, is the bad stuff.

The Cannabis Resin You Shouldn’t Smoke

After smoking from your pipe or bong for an extended period of time, you’ve probably noticed a build-up of a dark, tar-like substance. This is typical resin: a residual from the cannabis or hash you’ve smoked. Now, you may have smoked this resin before – many do – but we’d strongly recommend against it. It has very few cannabinoids (THC). It also tastes bad and is toxic to your lungs.

In short, typical resin is useless and dangerous. So don’t inhale it, simply get rid of it.

Now that that’s out of the way, let’s talk about the good stuff – live resin.

This resin is the sticky secretion meant to protect plants from prey animals and insects.

Cannabis resin is insanely full of terpenes and cannabinoids. Terpenes give the resin a full-bodied aroma that makes enthusiasts giddy, while cannabinoids are the active compounds that get us high (like THC).

What this means is that live resin is a hyper-concentrated version of cannabis flower. Cannabis resin is thus highly potent and effective, much more than flower.

Because of its potency, live resin falls into the category of cannabis concentrates.

Live resin is a relatively new concentrate, having been around for only a decade or so. Producers deep freeze the cannabis plant after harvest to retain its valuable terpenes, an added complexity other cannabis concentrates do not have. This safeguards the aroma and actually improves the user’s euphoria when smoked.

Live cannabis resin comes in a variety of forms: saps, sugars, jellies, butters, and solid shatters. Most people dab live resin but you can also vape it with a dab pen.

Now that we’ve covered the live resin basics, let’s look at other types of concentrates.

Hash is a traditional cannabis concentrate that is made by drying and pressing cannabis resin into blocks. Hash has a long history of usage in Central and South Asia.

Rosin is made by applying pressure and heat to dried cannabis plants. While there is some terpene loss because no solvent is used, the result is a clean product.

Butane Hash Oil or BHO, is another popular form of cannabis concentrate. It is made using butane as a solvent for its availability and affordability. BHO is often dabbed due to its potency and fast onset.

CO2 Oil is derived from cannabis resin the same way as BHO but with CO2 as a solvent instead of butane. Because the CO2 evaporates, the final product remains uncontaminated.

Concentrates are basically distilled version of the bud that is widely smoked, so be careful. If you’re new to live resin or other concentrates, start with a small amount and increase as needed.

Check out our awesome selection of products here. 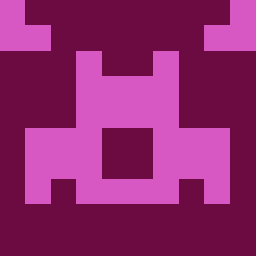